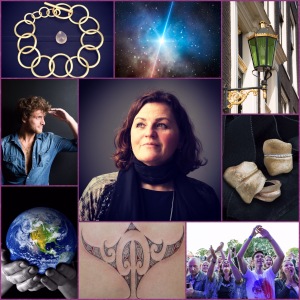 1.Coldplay – Adventure Of a Lifetime

“We knew that after we made Ghost Stories, which is quiet and small, we wanted to make something colorful and joyful! This record is us being happy and free, and us enjoying being in this group.” Out of the blue there was this great new Coldplay single, “Adventure of a Lifetime” and the announcement of a new album release on 4 December, “A Head Full of Dreams” with contributions of Beyoncé, Noel Gallagher en Tove Lo.

“Losers” is the second track of The Weeknd’s “Beauty Behind the Madness” and it is a duet between him and British soul singer Labrinth. Glorifying the life of a dropout-turned-star in this song, proving wisdom sometimes can’t be taught. Great sound with a dark edge!

3.Oscar and the Wolf , feat. Tsar B – Back to Black (Amy Winehouse Cover)

Oscar and the Wolf, feat. Tsar B covered this legendary Amy Winehouse song “Back to Black” as the soundtrack for Belgium movie “Black”, which released at 11th November. The movie is about fifteen year old Mavela, member of the notorious gang Black Bronx in Brussels. She falls head over heels in love with the charismatic Marwan, a boy from the rival gang 1080-ers. The two young people are forced to choose between loyalty to their gang or the love for each other… Nothing can come close to the original “Back to Black” version of Amy Winehouse, but I must admit that Oscar and the Wolf and Tsar B made a very good attempt with this cover.

To compare I added the original version of Amy Winehouse.

4.Jack Savoretti – Back Where I belong

8 years ago, Jack Savoretti was a rising star. He was often compared with Paolo Nutini, a fellow gifted Anglo-Italian with good looks, a gravelly voice, a guitar and some melancholic stories to tell. Despite this fact, Jack Savoretti feels the only thing they have in common is an Italian surname. Some years ago Jack felt being pushed by his record label in a direction he didn’t feel comfortable with, when they asked him to give up his own “soulful, dreamy, folk-tinged acoustics style” and to change his surname as it sounded “too World Music”. Nevertheless Jack was not willing to keep give up on his own name, style and his musical career. He admitted the past few years have been challenging for him, but in February 2015 Jack released his new album, “Written in Scars”. “Back Where I Belong” taken from the album is played on the radio more and more and for me it is getting better every time I hear it.

5.Maria Mena – I Don’t Want To See You with Her

I always have had a soft spot for Norwegian singer Maria Mena with her sweet and melancholic songs and now she is back! Her new single “I Don’t Want To See You with Her” is a typical Maria Mena song with her unique voice and sound. In the song she tells how her ex partner has a new girlfriend and although she apparently ended the relationship herself, it’s very difficult for her to see him with his new girlfriend. This single is preview of Maria’s new album “Growing Pains” to be released on 4 December. On 15 March 2016 I’ll go to Maria’s show in Paradiso in Amsterdam and I’m looking forward to it very much.